With so few drivers on the roads these days during orders to stay at home, Toronto Police are taking measures to ensure the motorists who are out there, don’t speed. 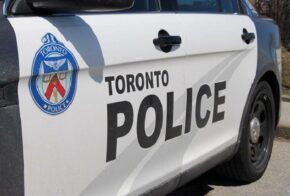 Starting this week, officers with the Vision Zero Enforcement Team are on heightened patrol to catch motorists speeding or stunt driving.

Mayor John Tory is fully behind the effort.

“Two-hundred percent increase in stunt driving is just irresponsible behaviour people are using as an opportunity with the streets being less crowded,” Tory told CP24 Thursday morning, “And it’s unsafe and irresponsible and people should stop doing it.”

Red light cameras in the city are also active and tickets continue to be issued to drivers who disobey traffic signals.

Drivers are reminded to stay off the roads as much as possible during the pandemic and only travel for essential reasons.