Mirvish Productions will remember and honour the life of Victor A. Young tonight by dimming the marquee lights of at the Royal Alex at 8 PM. 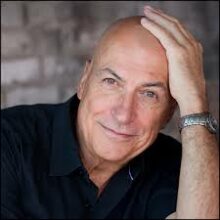 Young, a former president of Canadian Actors’ Equity and an acclaimed actor, died in Toronto last week of cancer.

Young performed in five major shows on Mirvish stages, four of them Canadian premieres of major Broadway musicals and one a world premiere.

He also played roles ranging from Prospero in Shakespeare’s “The Tempest” to Daddy Warbucks in “Annie.”

He was also a winner of a best actor Dora Award.