The Trudeau government has struck a deal with opposition parties Saturday to swiftly approve a massive $73 billion dollar wage subsidy program aimed at helping businesses and workers survive the economic ravages of the COVID-19 pandemic. 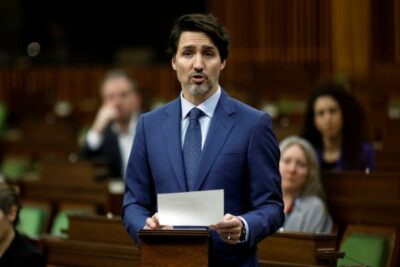 Passage of legislation needed to implement the program was assured after Conservatives dropped their attempt to tie the bill to the longer-term question of how Parliament should function in the midst of a national health crisis.

At a morning news conference just hours before the House of Commons was to meet for a rare emergency sitting on the Easter long weekend, Conservative Leader Andrew Scheer said his party has agreed to support passage of the bill later today and to continue discussions on the future of Parliament later.

The program will provide companies that have experienced a 15 per-cent drop in revenues since March 15th with a 75 per-cent wage subsidy for each employee.

He said that Conservatives had won some improvements to the bill over the past week of negotiations and that their support for the wage subsidy was never dependent on settling the matter of how or when Parliament should sit going forward.

That said, Scheer argued that the work of opposition parties to improve the legislation demonstrates how important it is to have the Commons sitting regularly so that the government can be held to account.