Premier Doug Ford says he’s looking to reduce the maximum number of people allowed to gather to five as the province deals with another 151 cases of COVID-19. 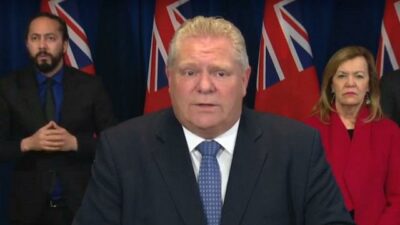 The province is currently limiting gatherings to 50 people, but says the change could come into effect later Saturday.

Ford says there could be exceptions for certain events like funeral services if the limit is reduced.

The province has now reported 1,114 cases of COVID-19, with 18 deaths and 8 fully resolved cases.

The Ministry of Health says over 8,000 investigations into the virus are still pending, which is down from the more-than 10,000 pending cases on Friday.