He was know as the “Dazzling Dribbler” and entertained countless Zoomers when the Harlem Globetrotters came to town. 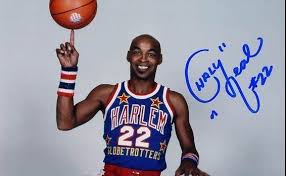 His ball-handling skills established him as one of the Globetrotters’ foremost stars, alongside the likes of Meadowlark Lemon. He helped the Globetrotters’ traveling show become a regular feature on TV’s “Wide World of Sports” at a time when the NBA didn’t have a robust television presence.

Neal played more than 6,000 games for the Globetrotters between 1963 and 1985, mostly against their hapless foils, The Washington Generals.

Neal died Thursday at his home near Houston,Texas. The team announced the death but gave no other details.