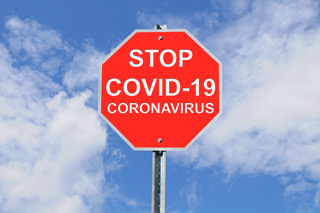 Here is a comprehensive list of cancellations and closure in the GTA related to the global COVID-19 pandemic:

All professional sports leagues have suspended their seasons.

Cineplex to close all of its 165 theatres nationwide until at least April 2nd.

The CN Tower is closed and will not re-open until at least April 14th.

The Toronto Zoo and Terra Lumina are closed through April 5th.

The Hockey Hall of Fame is closed to April 6th.

The Art Gallery of Ontario is closed to April 5th.

The Royal Ontario Museum is closed until April 5th.

Casa Loma has closed tour operation. This temporary closure does not impact privately booked events at the castle or BlueBlood Steakhouse, which have significantly smaller capacities.

Toronto Comicon has been cancelled.

Activities at Roy Thomson Hall and Massey Hall are suspended for two weeks.

The TIFF Bell Lightbox, along with its programming, is closed until April 14th.

The Woodbine Mohawk Park and Woodbine Racetrack are closed.

The Four Seasons Centre for the Performing Arts is closed to the public until further notice, the Canadian Opera Company says.

Great Wolf Lodge is temporarily closing all of its resorts with plans to reopen on April 2nd.

All Ontario casinos are closed.

ZoomerMedia Founder Moses Znaimer says his ideacity team is still booking and confirming presenters, sponsors and content for this year’s event scheduled June 17th to 19th, but Moses says if flights become impossible and quarantines remain in place, ideacity may be postponed or an exclusive live stream of the event may take place.

The Toronto Marathon scheduled for May 3rd has been cancelled

Alcoholics Anonymous has cancelled its annual Ontario Regional Conference in downtown Toronto scheduled for this weekend at the Sheraton Centre Hotel.

The Archdiocese of Toronto is asking parishes to cancel public masses.Churches will remain open for private prayer and Eucharistic adoration.

Canadian Screen Week activites in Toronto, Montreal and Vancouver, including the national broadcast gala on March 29th have been cancelled.

The Collision tech conference that was scheduled for June 22nd-25th at Exhibition Place has been moved to an online-only event.

Shopify has cancelled the in-person portion of its “Unite” conference that was slated to take place in Toronto May 6th-8th.

The TOTech Career Fair that was scheduled for March 11th has been tentatively postponed until May 25th.

The Stratford Festival has cancelled performances from April 11th through May 2nd.

Organizers of The Home Show and Canada Blooms say the event is not happening this year.

One of A Kind spring show has been postponed from March 25th-29th to June 18th-21st.

Levi’s is closing all of its Canadian stores through March 27.

Clothing retailer Aritzia Inc. is closing all of its 95 stores until further notice.

Yorkdale Mall: Regular shopping hours will remain. However, management says it is offering retailers an option to reduce their operating hours to 11 a.m.- 7 p.m.

Square One Shopping Centre: The mall says that it will give its retailers the option to reduce their operating hours to 11 a.m. to 7 p.m. The mall itself will remain open from 10 a.m. to 9 p.m.

GoodLife Fitness and Fit4Less Clubs are closing effective immediately. All Member payments are being suspended as of Tuesday March 17th and any paid-in-full Memberships will be put on freeze until further notice and expiry dates will be extended accordingly.

Mandarin says it is suspending buffet and dine-in service at all their 29 locations until further notice. Take-out and delivery service will continue to be available.

Starbucks Canada says it is temporarily closing company-operated stores located inside malls or university campuses. In communities with a high cluster of virus cases, the company will reduce operating hours or temporarily close selected stores.

Tim Hortons’ parent company Restaurant Brands International is closing dining room seating until further notice and asking Canadian owners to provide take-out, drive-thru and delivery service only in an effort to reduce the spread of COVID-19. R-B-I acknowledges that Tim Hortons restaurants are gathering places for communities, but says the change is intended to help with social distancing efforts.

Nike is closing its store to March 27th.

Lush is closing retail stores through until March 29th.

Sephora says that it is closing all of its stores in Canada and the U.S. through April 3rd.

Hudson’s Bay has announced it is temporarily closing all stores for the next two weeks. The company says store associates will be paid for all scheduled shifts that were planned for the two-week period.

LCBO says in response to the COVID-19 outbreak, store hours across the province will be reduced to 11 a.m. to 6 p.m. daily starting Thursday, March 19.

Holt Renfrew stores are closed but store associates will be paid for all scheduled shifts that were planned for the two-week period.

Home Depot stores have adjusted their hours and will now be closing daily at 6 p.m beginning Saturday March 21st.

All publicly funded Ontario schools will be closed from through April 5th.

Porter Airlines temporarily suspending all flights at the close of operations on Friday March 20th. The airline says it plans to resume service on June 1.

Air Transat says all sales for departures to-and-from most destinations in Europe and the United States are suspended until April 30th.

Air Canada is suspending most international flights by the end of March.

The Federal Court of Canada is cancelling all general sittings of the court until at least March 27th.

YMCA of Greater Toronto say they are temporarily closing all of their health and fitness centres until April 5th.

Via Rail is suspending its long distance Eastern and Western routes, The Canadian and The Ocean, until March 27.

The Ontario legislature could remain closed beyond March break. MPPs passed a motion Thursday that would allow this to happen.

The House of Commons and Senate are shutting down for five weeks to help prevent parliamentarians from contributing to the spread of COVID-19.