Today is a rather important anniversary in the history of journalism in Toronto. 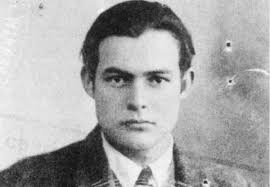 It was on this day 100 years ago, March 6th, 1920, that Nobel Prize winner Ernest Hemingway’s first byline story was published in the Toronto Star.

In all some 200 Hemingway pieces appeared in the paper between 1920 and 1924, as he filed stories from Chicago, New York, Paris and beyond.

Hemingway went on to pen such classics as “The Sun Also Rises” and “The Old Man and the Sea.”

Hemingway won the Nobel Prize in 1954.