NETANYAHU HAS EARLY LEAD IN ISRAEL'S THIRD ELECTION IN A YEAR

Israeli Prime Minister Benjamin Netanyahu has pulled ahead to a significant lead over his opponents in Israel’s third election in less a year. 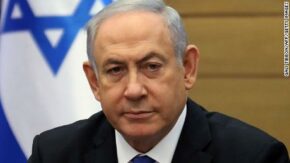 But it is unclear whether the embattled Israeli leader can secure a parliamentary majority as he prepares to go on trial for corruption charges this month.

Final results are expected to be announced later on Tuesday.

Proportional representation, as they have in Israel, is a system many Canadians would like to see in this country.

Lydia Miljan is an associate political science professor at the University of Windsor. She explained to Zoomer Radio’s Fight Back with Libby Znaimer, the downfalls of this system.

“The proponents say this is more democratic because it reflects the popular vote, but the downside of it is that coalition governments basically cost 25-percent more money because every single one of those coalition partners, up to three or four of them, says if we’re going to prop up this government, maybe we’re not going to get a seat at the cabinet table but we want to make sure that the things we find important are going to get funded.”

Prime Minister Justin Trudeau has taken a lot of flack for going back on a promise in 2015 to change to proportional representation from the current first-past-the-post electoral system.