THOUSANDS PROTEST AGAINST CRACKDOWN IN LEBANON

Thousands of Lebanese protesters defiantly returned to rally outside parliament in Beirut, hours after security forces chased them out, using tear gas and rubber bullets and injuring dozens. 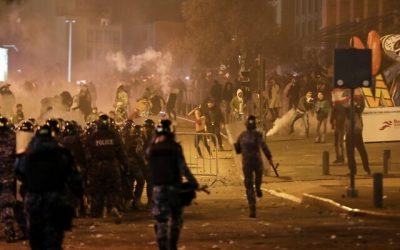 Saturday night into Sunday saw one of the most violent crackdowns on protesters since nationwide anti-government demonstrations began two months ago, leading to the resignation of Prime Minister Saad Hariri on October 29th.

Attackers in northern Lebanon also set fire to the offices of two major political parties, according to the state-run National News Agency.

The protesters in Beirut on Sunday chanted against the security crackdown and called for an independent new head of government unaffiliated with established political parties.