It turns out, Sir Paul McCartney has recorded way more Christmas songs than “Simply Having a Wonderful Christmas Time.” 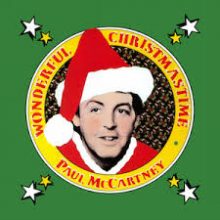 Sir Paul tells the BBC he once recorded a secret Christmas album “just for the family” that “gets brought out each year” at his house.

And the 76-year old musical legend says he plans to keep it within the family and won’t release a demo despite it being popular with his five kids and 8 grandchildren.

Earlier this year Grandpa Paul revealed he had written a children’s book inspired by the “Grandude” nickname one of his grandchildren had given him.