The one day strike by the province’s public high school teachers is going ahead on Wednesday December 4th. 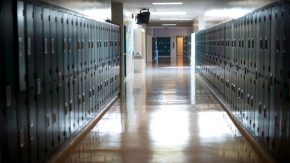 Ontario Public High schools are closed for the one day walkout, leaving students with a day off.

Negotiators with the Ontario Secondary School Teachers Federation and the Ford Government failed to reach a new contract for teachers by the midnight deadline.

“We have made various amendments to our plan, we have expanded our plan, we’ve improved our plan over several months. Those have been declined swiftly. So in the absence of accepting, we’re encouraging the OSSTF to bring forward an option to the government,” Lecce clarified.

But this morning, OSSTF President Harvey Bischof disputes this version of events.

As for the compensation issue, Bischof is saying that it’s widely accepted an annual 2 percent increase is what’s appropriate. Lecce is offering 1 percent raises for each year of the contract.

While teachers wil picket outside their individual high schools Wednesday, there will also be teacher-led protests held outside school board offices, the premier’s riding office, and the education minister’s riding office.