Two of the women who accused opera legend Placido Domingo of sexual misconduct aren’t buying his attempts to clear his name. 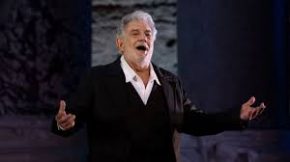 The 78-year old tenor recently told two European newspapers that he never behaved improperly and suggested his “gallant” Spanish behaviour is being seen differently in the wake of the MeToo movement.

However, Opera singers Angela Turner Wilson and Patricia Wulf say there is nothing chivalrous or gallant about groping a woman in the workplace or kissing them over their objections in any country or era.  They’ve labelled Domingo’s version of things both troubling and disturbing.

They’re among the 20 women who have told The Associated Press they were the victims of sexual misconduct by Domingo over a period of decades.