TO THINK HE'D STEP DOWN IS SCHEER FOLLY

Conservative Leader Andrew Scheer says he’s interested in learning from other Conservatives about how to improve following his federal election loss to Justin Trudeau’s Liberals. 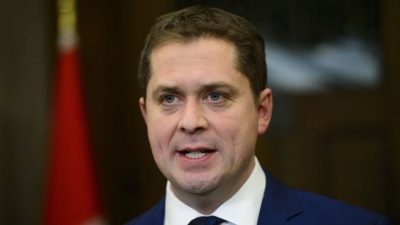 But he says he has no intention of stepping down as party leader, and isn’t interested in hearing from talking heads, naysayers and anyone who wants to stir up divisions.

Speaking to the Alberta United Conservative Party’s annual general meeting in Calgary on Friday, Scheer says calls for his removal are coming from those who want the Tories to embrace the carbon tax and form a kind of second Liberal party.

He says that’s not going to happen under his watch.