The cartoonist, who gained fame with his homourous and often macabre drawings that were a mainstay in magazines like the New Yorker, National Lampoon and Playboy, has died. 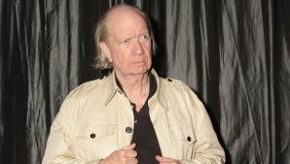 Gahan Wilson passed away at his home in Scottsdale Arizona.  His step son, Paul Winters says Wilson suffered from dementia in the final years of his life.

As a cartoonist, Wilson delighted readers with his haunting scenes and dark humour. 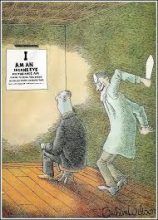 His regular multi-panel strip in National Lampoon in the 1970s was called “Nuts,” a take on Charles Schultz’s “Peanuts.”