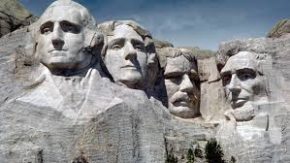 At 17, Clifford was the youngest worker at the Mount Rushmore site.  He operated a winch that carried workers up and down the mountain drilled holes for dynamite.  He worked on Mount Rushmore from 1938 to 1940 and was paid 55 cents an hour. 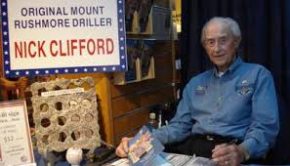