Canada’s biggest railway says temporary layoffs are likely at the Halifax port due to an ongoing strike by its workers. 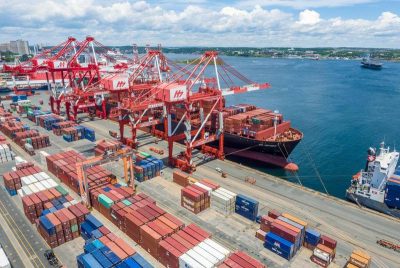 Canadian National Railway Company says inactivity at the port means some rail employees will likely be placed on furlough if the labour stoppage now in its fifth day continues.

Workers at other ports may also be vulnerable to temporary layoffs as the railway runs at 10 per cent capacity.

Last week CN confirmed job cuts as it deals with a weakening North American economy that has eroded demand for railroad transportation.

About 3,200 CN rail workers, who have been without a contract since July 23, walked off the job early Tuesday morning over worries about long hours, fatigue and what they consider dangerous working conditions.

The federal government has faced mounting pressure to resolve the strike as premiers and industry voice concerns about lost profits and a propane shortage in Quebec, Ontario and the Maritimes.

Though the striking rail workers are part of the Teamsters union, the potential furloughs in Halifax would affect Unifor members.

The union did not immediately respond to request for comment on the furloughs.