The list of groups tied to Prince Andrew continues to distance themselves from the embattled royal. 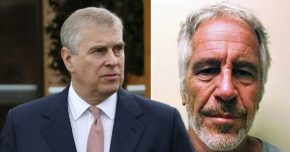 The Royal Philharmonic Orchestra is the latest group to sever its relationship with Andrew, who was once a patron of the London-based ensemble.

It’s the latest setback for the prince since Sunday’s broadcast of a disastrous television interview with the BBC from Buckingham Palace during which he defended his friendship with convicted sex offender Jeffrey Epstein.

Up until now, Andrew had been able to skate away from troublesome questions about his private life.

His association with Epstein had been known for more than eight years, but it only took him down after he went on TV to discuss it.

Earlier on Friday, Andrew was ordered out of his private office at Buckingham Palace. He was also given permission this week to step back from his Royal duties indefinitely as he continues to deal with the matter.