The man who gave the world the sport of snowboarding has died of cancer in Vermont. 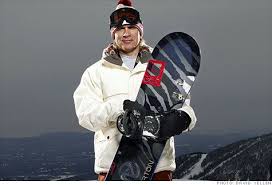 Jake Burton Carpenter, known as the godfather of snowboarding, told interviewers he came up with the idea as a kid and fell in love with what he termed “surfing in snow.”

Carpenter quit his job in 1977 and founded his namesake company “Burton Boards.”

By 1998 the sport had become part of the Winter Olympics.

The company called Carpenter the soul of snowboarding.