WILLIAM SHATNER AMONG THE ORDER OF CANADA RECIPIENTS IN THURSDAY CEREMONY

After taking part in Wednesday’s cabinet swearing-in ceremony, Governor General Julie Payette on Thursday is honouring 39 individuals with the Order of Canada. 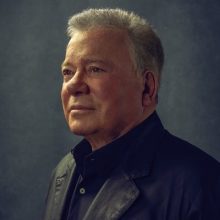 Shatner is being given one of Canada’s highest civilian honours for his 60-year career in theatre, television and film, MacDonald for her art and advocacy for women and on LGBTQ issues, and Lockyer for his work championing people wrongly convicted of crimes.

Mathematician Robert Langlands, filmmaker Alanis Obomsawin and actor Donald Sutherland are also being made companions of the order, the most prestigious of its three levels.

The order was established in 1967, Canada’s centennial year.

Close to 7500 people have been invested in the order since then.