Canadian National Railway workers have gone on strike while contract talks between the 3,200 conductors, train personnel and yard workers continue with the company. 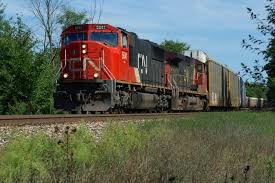 The Union says passenger rail services in the Toronto, Montreal and Vancouver areas will not be affected even though the union represents workers at the commuter rail services that cover those cities.