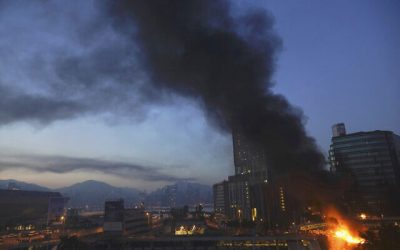 The cautions come as clashes between Chinese government officials and pro-democracy protesters, which have raged on for months, are spilling onto university campuses.

Several schools in the semi-autonomous territory have suspended classes and wrapped up their semesters early in a bid to stop the violence.

The Canadian Press reached out to several Canadian universities to inquire about exchange students in Hong Kong.

Only Montreal’s McGill University says it has a partnership with Hong Kong Polytechnic, but it says all 17 students are accounted for.

McGill, along with the University of British Columbia in Vancouver and Queen’s University in Kingston, Ontario, is urging all students to head home.

Other schools, such as Simon Fraser and the University of Toronto, haven’t issued formal advice to return to Canada but say they’re working to help students who may want to come back.