Montreal author Heather O’Neill has won the $50,000 Writers’ Trust Fellowship, awarded to a promising writer to ease the burden of financial concerns and allow for more creative freedom. 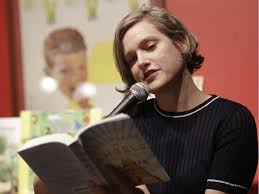 The 46-year old is an acclaimed novelist, short-story writer and essayist who received the honour at a black-tie fundraiser in Toronto last night that was expected to bring in some $350,000 for Writers’ Trust programming.

O’Neill received consecutive nods for the Scotiabank Giller Prize for her 2014 novel “The Girl Who Was Saturday Night” and 2015 short-story collection “Daydreams of Angels.”