Michael Bublé’s suave likeness is headed for the halls of wax infamy alongside British royalty. 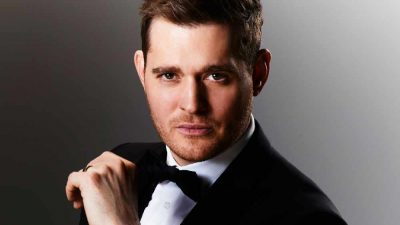 The Canadian pop crooner took to social media to announce he’s being replicated at Madame Tussauds wax museum in London.

He’ll be in good company at the tourist hotspot, which already houses wax versions of Ed Sheeran, Jamaican sprinter Usain Bolt and members of the Royal Family.

Bublé’s duplicate makes its debut in December, timing that couldn’t be any better for the singer who’s become synonymous with the holiday season.

But what he’ll look like remains a mystery. A representative for the museum says they’re keeping the figure under wraps for now.