A charge of disorderly conduct and disruptive behaviour against Toronto Maple Leafs centre Auston Matthews has been dismissed in his hometown of Scottsdale, Arizona. 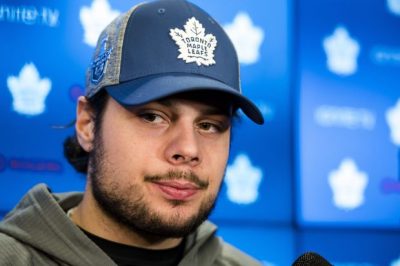 Court records show the charge was dropped on Wednesday.

News broke during the pre-season in September that Matthews faced a charge following an alleged incident outside the player’s condominium in May.

A female security guard has said she was sitting in her locked car when a group of men, including Matthews, allegedly tried to get inside the vehicle in the early morning hours of May 26.

In the police report, the woman said she confronted the group, who she believed to be intoxicated, and during that interaction Matthews withdrew from the conversation, dropped his pants and grabbed his buttocks.

The security guard said Matthews, then 21 years old, kept his underwear on.

Matthews was not arrested.