Italy’s government has declared a state of emergency in flood-ravaged Venice, to help swiftly secure the historic city funds to repair damage from the highest tide in 50 years. 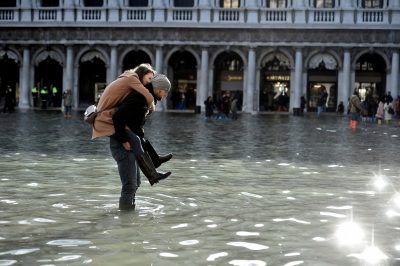 A cabinet meeting on Thursday afternoon approved a special decree including the first measures aimed at helping the city’s recovery.

Venice’s mayor has said the damage is estimated at “hundreds of millions of euros.”

Prime Minister Giuseppe Conte described the flooding as “a blow to the heart of our country.”

Conte spent Wednesday night in Venice, where world-famous monuments, homes and businesses were hit hard by the exceptional flooding.

The water reached 1.87 metres above sea level Tuesday, the second-highest level ever recorded in the city.