The TV executive who would not give up on a show about nothing has died. 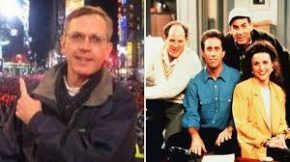 Rick Ludwin, who oversaw late-night programming at NBC for many years, is probably best known for backing the sitcom “Seinfeld” when it seemed the network might abandon it.

Ludwin was in charge of Saturday Night Live and was there when “Seinfeld” evolved unto a weekly series from a possible one time 90-minute special to fill in for SNL.

The test audiences for the pilot were underwhelmed, but he stuck with it and “Seinfeld” became one of the most popular sitcoms of all time.

Ludwin died of organ failure in a Los Angeles hospital. He was 71.