The province is putting a halt to a program that looked to measure homelessness in Ontario. 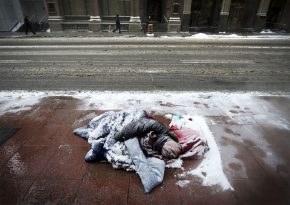 The move by the Ford government is raising concerns that a lack of access to data could prevent some municipalities from addressing the problem.

The government says they want to address any gaps in data collection before they move ahead with any counts. Municipal Affairs minister Steve Clark says municipalities are welcome to collect their own data.

The previous Liberal government launched the program last year as part of their strategy to end chronic homelessness in the province by 2025.

The province hasn’t said whether they will match that commitment.