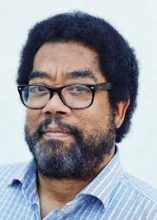 The 62-year old Trinidad-born, Ottawa-raised, writer won for his book “Days by Moonlight” and took home a cheque for $50-thousand after last night’s award program in Toronto.

“Days by Moonlight” tracks a road trip through a warped version of southern Ontario where small towns are haunted by strange practices, such as a law prohibiting black people from talking during the day.

He previously won the prize in 2015 for the novel “Fifteen Dogs.”

Alexis was among seven authors honoured at the 2019 Writers’ Trust Awards. The $60-thousand non-fiction prize went to Winnipeg’s Jenny Heijun Wills for her memoir “Older Sister. Not Necessarily Related.”