Another reason to stay active as we age. 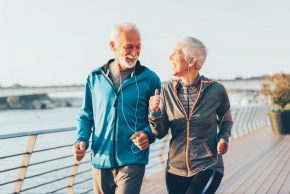 New research suggests physical activity provides a protective effect from depression in people with a genetic predisposition for the condition.

And High-intensity forms of activity such as aerobic exercise had the strongest effect.

Scientists at the Massachusetts General Hospital developed individualized prediction scores for people based on genetic information.

They found physical activity was correlated for protection from depression even after adjusting for other factors such as Body Mass Index, employment status, education and prior history of depression.

The study is important because exercise may decrease depression even in people who are high risk because of their genes.