The Royal Canadian Air Force says one of its pilots is safe after he had to eject from his plane just before an aerobatics show in the United States. 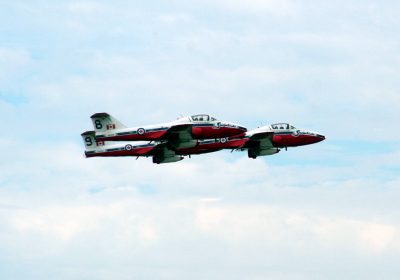 The Canadian Forces Snowbirds said Captain Kevin Domon-Grenier’s jet crashed into an unpopulated area Sunday near Hampton, Georgia, and no one on the ground was injured.

The Snowbirds were set to perform at the Atlanta Air Show. Event organizers said they cancelled the rest of Sunday’s show after the crash.

The Snowbirds said in a statement on Twitter that it is too early to speculate on what caused the crash.

Social media video from the air show held at the Atlanta Motor Speedway south of the city showed smoke rising from the downed jet well off in the distance.