An opera star suspended by the Metropolitan Opera for allegedly groping a female cast member during a curtain call at a Royal Opera sponsored tour in Japan, is getting a warm welcome in Europe. 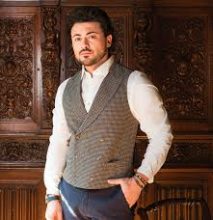 Officials at La Scala in Milan say they’re happy to have Italian tenor Vittorio Grigolo for a four-night stand next month. He’s also scheduled to sing in Germany while England’s Royal Opera House investigates him.

Grigolo was was scheduled to appear in La Traviata at the Met in New York in February and March of next year.

His suspension came just days after legendary tenor Placido Domingo left the Met as he continued to be dogged by claims of sexual harassment by more than a dozen women over the years.