He was a two term French president, longtime standard-bearer of the conservative right and mayor of Paris for nearly two decades. 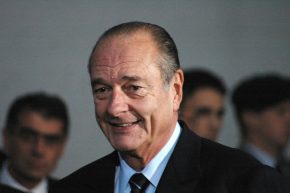 Jacques Chirac has died at the age of 86.

His son-in-law tells The Associated Press that Chirac died “peacefully, among his loved ones” on Thursday.

While a cause of death was not given, Chirac had had repeated health problems since leaving office in 2007 after serving as president since 1995.

France’s lower house of parliament has held a minute of silence for Chirac.

Cries of shock rang out in the National Assembly as the legislature’s president Richard Ferrand announced the news that Chirac had died.

Ferrand asked the lawmakers, “I ask you to observe in his memory a minute of silence.”

Chirac was the first leader to acknowledge France’s role in the Holocaust and defiantly opposed the U.S. invasion of Iraq in 2003.