NOT READY TO DATE BUT MISSES CLOSENESS OF A RELATIONSHIP: CELINE DION

Celine Dion says she is not yet ready to date, nearly four years after the death of her husband and manager, Rene Angelil.

The world renowned Canadian singer tells NBC’s Today she’s lucky to be surrounded by people who make her laugh. But, she acknowledges she misses being touched and hugged and told “you’re beautiful,” the way a husband or a boyfriend would. 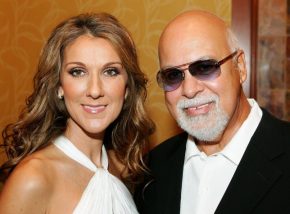 Dion says Angelil had called her before a show and sent her a text, but when she got home that night, she did not want to wake him because he had sleep troubles. He died in the night after a long battle against throat cancer.

Celine kicked off her tour last night in Quebec City in support of her upcoming album, Courage, which comes out November 15th.