Veteran American TV broadcast journalist Sander Vanocur has died at the age of 91. 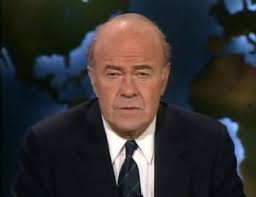 Vanocur covered some of the biggest moments in U.S. politics in the 60s and 70s for NBC and also served as an ABC network news anchor.

Vanocur covered conventions, elections and assassinations during some of the most momentous years in American history.  He was a questioner at the first debate between John Kennedy and Richard Nixon in 1960 and went on to cover Kennedy’s administration from the White House.