Leonard Cohen’s birthday on September 21st will be marked with a new set of stamps from Canada Post. 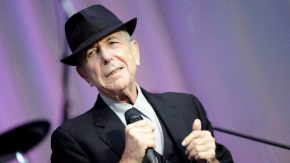 The stamps will be unveiled the day before Cohen’s birthday at the Montreal Museum of Fine Arts, in front of the massive Cohen mural.

The iconic singer and poet would have turned 85 on the 21st.

His death inspired an international outpouring of tributes, of which the Canada Post stamp set is but the latest example.

Canada Post is no stranger to honouring Quebec icons on the company’s stamps. Past Quebecers honoured in this manner include race-car driver Gilles Villeneuve, Prime Minister Pierre Trudeau and Montreal Canadiens’ Hall of Fame goaltender Jacques Plante (among many others).