MARTIN TO BE HONOURED BY STRATFORD

An American-born actress, who became a staple of Canadian Television, will be honoured for her theatre work when she receives the the Stratford Festival’s Legacy Award. 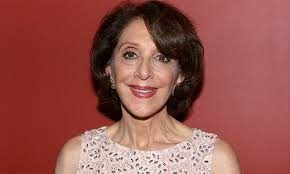 The 72 year old performer, who is now a Canadian citizen, was born in Maine, moved to Canada in 1970, began her theatre career in Toronto in the 1972 production of Godspell and spent a season at Stratford in 1978.

She’s been nominated for six Tony Awards, has won twice and also has two Emmys.

Andrea Martin will receive the Legacy Award September 23rd at a gala in Toronto.