Fighting back against cuts by the Ford Tories at Queen’s Park.

Representatives with a number of healthcare unions are set to release data on Thursday projecting how many Toronto hospital staff and beds would be cut on the Ontario PCs’ plans.

Michael Hurley is president of the Ontario Council of Hospital Unions and says “since the Conservatives were elected in June of last year, things have gotten significantly worse in Ontario as far as hospital over-capacity, ER wait times, hallway medicine and the number of seniors with complex conditions waiting for long term care beds.” 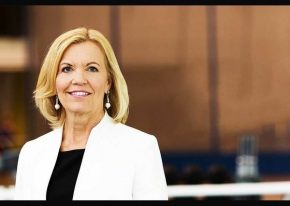 On Wednesday, Ontario’s Health Minister Christine Elliot told Zoomer Radio’s Fight Back with Libby Znaimer about her government’s plan to end hallway healthcare because of an investment in expanded home and community care services.

“And we are focusing on that and putting $45-million into innovative targeted models that are going to provide hospitals that have particularly difficult issues with hallway healthcare to make sure they can start clearing those numbers down,” explained Elliot. Listen to Libby Znaimer’s full conversation with Christine Elliot by clicking here.

Elliot says the additional investment of $11-million makes for a total of $155-million to expand home and community care services, a plan announced in the spring budget.