DAVID FOSTER WORKING ON A MUSICAL

David Foster has tried a few times to have a musical make it to Broadway.

It seems it may finally be happening soon. 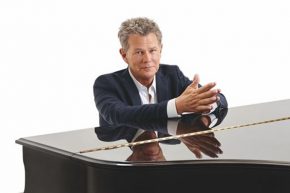 The renowned Canadian producer says he’s confident that a musical that taps into his extensive musical catalogue is in the works.

Foster has previously tried to work with singer-songwriter Jewel on a musical and also worked on a “Betty Boop” inspired work but they just never fully came together.

Foster has decades worth of pop hits to tap into. He’s worked with acts like “Earth, Wind and Fire,” Celine Dion and Rod Stewart.

For the stage musical project, Foster is working with off-Broadway producer Todd Almond.