Toronto police are warning the public to be vigilant after being made aware of a scam targeting seniors. 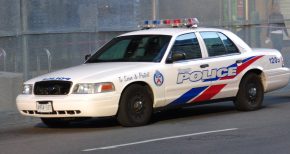 They say the scam involved a woman calling an elderly couple at their home in Toronto’s west end earlier this month pretending to be a police officer.

She asked the couple to leave a bag of money and jewelry outside their house, claiming it would help police catch a criminal.

Police say the couple did what was asked and later realized the bag of valuables had been stolen.

Investigators say police would never ask the public to use their possessions as part of an investigation.

They are urging people not to fall foul of the scam, while asking anyone with information to come forward.