Robert Mugabe, the man that took Zimbabwe from hope that came with independence to economic ruin during his 37 years in power, has died.

Mugabe was a guerrilla leader but was elected president in 1980 once the country divested itself of minority white rule. Rhodesia, as it had been known, became Zimbabwe and a new period of optimism began. 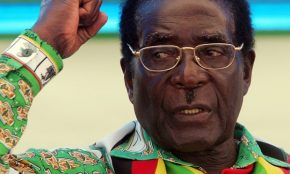 But that was replaced by despair as election rigging, rampant inflation, violence against political opponents and human rights violations became the norm.

Mugabe was eventually overthrown in 2017 after fears he would name his wife, Grace, as his successor.

The man who replaced him, Emmerson Mnangagwa, announced on twitter today that Mugabe had died.