As the Toronto Board of Health meets, the chair, councillor Joe Cressy is calling on the province to rescind cuts scheduled to kick in next year. 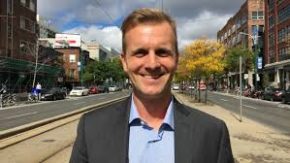 Cressy says the province’s cuts mean there will be a $14-million hole in the city’s public health budget annually going forward and that will cost taxpayers in the long run.

“The province of Ontario currently funds a series of public health programs at 100% of the cost. They are now cutting 30% of that funding for the AIDS and sexual health hotline in the city,” said Cressy, listing what’s losing money, despite one-time mitigation efforts from the province.

Cressy says the province is downloading costs onto the cities when it moves the 30% public health burden on the cities. He says he won’t accept cuts to programs that are saving lives and improve peoples’ lives.