INFORMATION OF CAPITAL ONE CREDIT CARD USERS IN THE U.S. AND CANADA ACCESSED IN HACK

Six million Canadians and more than 100-million Americans who own a Capital One Credit card may had their personal information accessed by a hacker.

FBI officers have arrested a Seattle area woman in connection with the breach, which included names, addresses, phone numbers and credit scores.

There is word that the social insurance numbers of approximately one million Canadians were compromised. 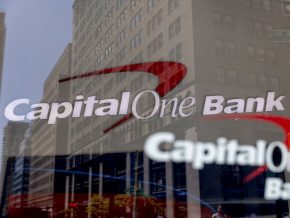 A statement from Capital One says the hacker got information supplied by consumers and small businesses who applied for credit cards between 2005 and early 2019.

The company says that it’s unlikely the information was used for fraud, but the investigation continues.

The incident is expected to cost between US $100 million and US $150 million in 2019, mainly because of customer notifications, credit monitoring and legal support, Capital One said.