For what could be the last time ever, the Rolling Stones rocked out in front of tens of thousands of Canadians.

An estimated 70,000 people people turned out to the Burl’s Creek Event Ground in Oro Medonte for the only Canadian stop on the iconic rock band’s “No Filter” tour. The band performed for almost two and a half hours. 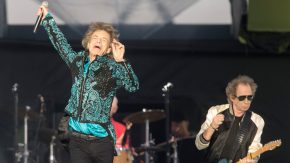 If 75-year-old frontman Mick Jagger was feeling any effects from a recent heart surgery, he certainly wasn’t showing it. Jagger preened up and down the stage as the band played hit after hit.

They started with “Street Fighting Man” and continued with “Let’s Spend the Night Together.”

Fans who stayed to camp on site certainly made the wise choice.

Those who drove in reported hours-long waits before they finally were able to leave the site.

But, if this was the last Rolling Stones engagement in Canada, it was certainly a night never to forget.