A Canada Day party is being held after all on the lawn of Queen’s Park after all, but it’s not being put on by the Doug Ford government. 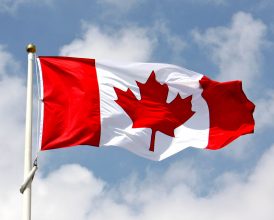 The Liberal party’s culture critic Mitzie Hunter has announced that she has reserved the lawn for an old fashioned picnic to celebrate Canada’s 152nd birthday.

“We’re inviting people to bring their picnic blankets, bring a cooler, enjoy the Queen’s Park lawn. It’s actually a beautiful space, it’s part of our heritage here in Ontario. We’ll of course have land acknowledgements to recognize indigenous peoples and it’s just going to be a wonderful time of togetherness, but also a bit of a protest to say that you can’t stop Canada Day. You shouldn’t be shutting down Queen’s Park. We should be celebrating this moment together,” Hunter told CITY News.

Hunter also says, “we’re all chipping in as a Liberal caucus to put on this event.”

The party will take place from 11am to 3pm on Monday July 1st, Canada Day.

Last week, it was announced by the Ford PCs that the event will be cancelled for the first time since confederation because of declining attendance and the high cost of putting on the event.

Instead, the Tories are allowing the first 500 visitors to 10 Ontario sites and attractions in for free on Canada Day Monday.