Canada’s Agriculture Minister says the Canadian food system is one of the best in the world, and the governing Liberals are confident in the safety of Canadian products and Canadian exports. 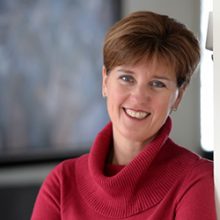 The surprise move comes amid the diplomatic dispute over the December arrest of Huawei executive Meng Wanzhou in Vancouver.

Brian Innes is Vice-President of the Canola Council of Canada and is waiting on good news from the G20 Summit.

“What we’d like to see is a return to predictable trade and we’re hopeful that discussions between China and the United States can help move past this period of impulse and back to a world of predictability,” Innes explained.

Prime Minister Justin Trudeau departs Wednesday for the G20 leaders’ summit in Japan, where U.S. President Donald Trump has promised Trudeau to raise the plight of two detained Canadians during a meeting with China’s president.