More than 2,400 Ontario residents complained to the provincial ombudsman about the government’s online marijuana store in the wake of delays and delivery problems. 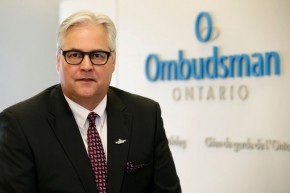 Ontario’s ombudsman released his annual report today, and in it he notes that the Ontario Cannabis Store was the single most complained about government organization of the past fiscal year.

Paul Dube says his office had to establish a dedicated team to handle the volume of complaints, which included a man receiving an empty box and being told he would have to return it for a refund.

The ombudsman’s office says the Ontario Autism Program was one of the other top areas of complaint 575 complaints were received, with all but six of them coming after the government announced a new program in February.

The government has since said it will look at how to provide needs-based supports, after families protested that the amounts weren’t nearly enough, particularly for kids with severe needs whose therapy can cost up to $80,000 a year.