Climate change is likely to become one of the big issues in the coming federal election. 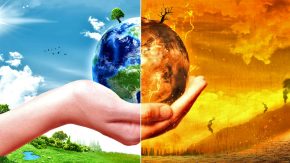 A new Forum Research poll suggests the vast majority of Toronto voters, 8 in 10, say climate change spells big trouble for the city and will affect their choice of candidates in upcoming elections.

Forum Research President Lorne Bozinoff says there is huge concern about climate change and it extends across all age groups.

Bozinoff says older people who have more experience with climate are saying this isn’t like the old days. And he says young people are probably giving higher numbers because they tend to place more importance on social and environmental issues.

The Forum survey also found two thirds of Toronto voters say the city is not doing enough to limit the use of plastics.

Earlier this month, the Trudeau Liberals announced they would ban single use plastics in two years.