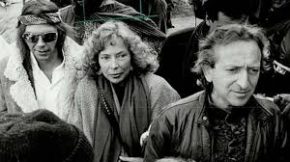 Elliott Roberts has died at the age of 76. His agency, Lookout Management, confirms the death but offers no other details.

On his website, Young called Roberts the greatest manager of all time.

Roberts dropped out of school to help the legendary David Geffen launch the California music scene back in the 1960s.