The Ford Government is reviving the position of “Agent General” and has announced 4 of 8 appointments. Among them, a friend of the son of Ford’s Chief of Staff, Dean French. 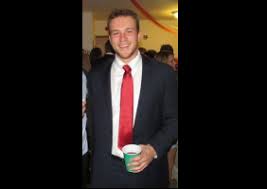 26-year old Tyler Albrecht will be responsible for providing expert guidance and helping Ontario businesses attract investment and grow international trade from his post in New York. He’s to be paid $165,000 a year.

Two of the other three, have strong personal ties to the Premier’s office. One of them is a former president of the Ontario Progressive Conservative Party. Another is Earl Provost. He was the late Rob Ford’s chief of staff when the Premier’s brother was Mayor of Toronto.

In reaction, NDP MPP Taras Natyshak said “at a time when the premier is handing out pink slips to teachers, health care professionals and autism service providers, he’s doling out cushy, high-paying jobs to his buddies.”

Agents-general positions have not existed in Ontario since the 1990s.