RAPTORS TO GET EXTRA INSPIRATION FROM CANADA'S SARAH MCLAUGHLIN 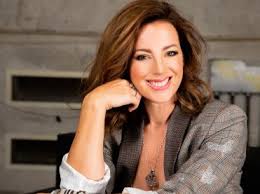 The 51 year old Canadian music legend was born in Halifax. Shes a member of the Order of Canada and has sold well in excess of 30 million albums worldwide. She is also the recipient of two Grammy Awards and four Juno Awards.

A win tonight gives the Raptors their first league championship in franchise history.